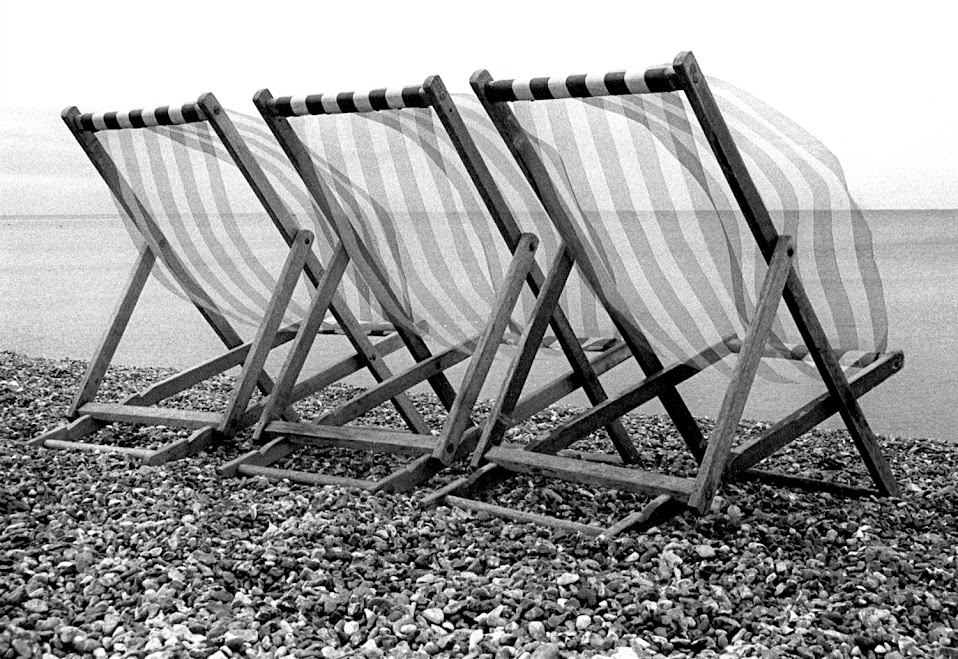 The miniaturisensation of everything is the science-fiction projection of the Nineteen Sixties. It seems that we only to have to conceive something and it eventually becomes achievable. So look out for travelling in time.

Back to 1983 when a lot was being learned and creativity was unfettered by commercial necessity.

A Sunday on Brighton Beach in March might not sound appealing, but motoring down the A23 on the motorbike with Tina as pillion with tripod on her back was just normal activity then.

Black and white film was also normal activity. Like film itself, black and white is concerned with light, not an image.  Those that take and develop their own films know how best to expose the film

for a good print. Pebbles on a beach in sultry light have enough textures not to need the shadow of the sun.

Deck chairs don’t hold much interest set out on the beach in March. But when the wind blew them inside out it was clear that the camera on tripod could capture the impossible. Never before nor since has the camera been used for a double exposure.