This drawing was exhibited in the Royal Academy architecture section of the 1995 summer show.

It is a measured drawing of one half of the symmetric Gatehouse for Stanway House in Gloucestershire, thought to have been built in the 1630s.

It was an addition to a twelfth century manor house belonging to the Abbey of Tewkesbury and the gatehouse and associated walls neatly juxtapose and unite manor house, church and fourteenth century tithe barn. 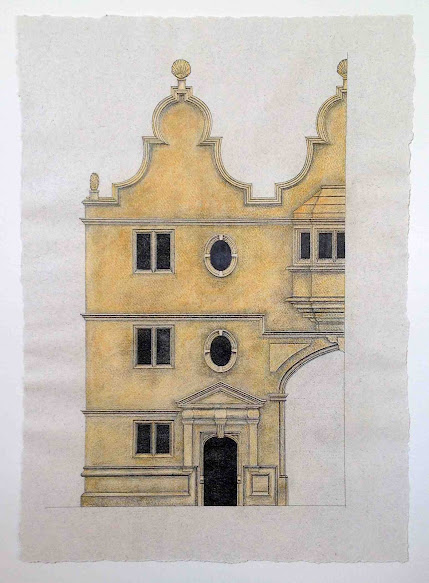