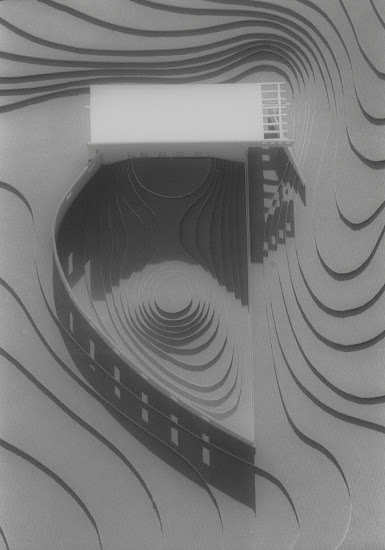 In 1985, the etiquette of looking after animals was relatively undeveloped - chimpanzees (who are incredibly strong animals) were kept in tiny rooms with a very small concrete ‘exercise yard’ with 5m high walls. Most of them went mad.

Windsor Safari Park wanted to address this by providing a large green enclosure in addition to the ‘house’. While working with Berman Guedes Architects, Peter Ayley was given the job as it was thought unlikely that it would happen, but within a year it was standing!

In order to give the best view of the garden, part of the enclosure was fully glazed and part of it given windows onto the garden. A few years later Legoland evicted the primates and demolished Peter Ayley’s first new building.