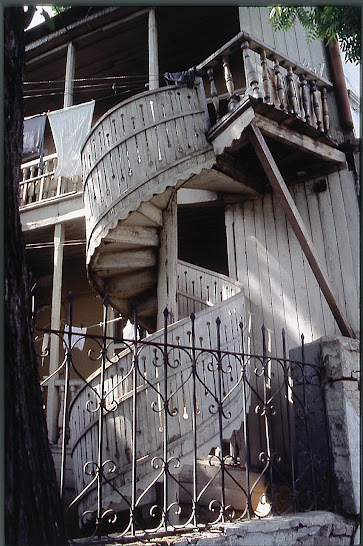 Due to a fire early in the 19th century, most of the centre of Tbilisi was rebuilt in a very short period, mainly out of timber. The untouched quality of the Old Town is unique, however, after too much neglect and several earthquakes, it is now becoming necessary to attend to the structures before it is too late.

Following a visit to Tbilisi, Peter Ayley proposed the creation of a Conservation Area which drew the interest of the World Bank and ICCROM. The particular character of the proposal was to re-establish the entire chain of timber industry within Georgia.

The proposal required focussing on the lumber industry and the training of carpenters, joiners and architects in the sensitive skills needed for repair and adaptation as well as structural interventions to reduce the effects of the next earthquakes.