No more than a Goliathan stone’s throw from Bethlehem a former Central-European odd-ball began building a lighthouse with stone from ruined buildings. It wasn’t a lighthouse in the functional sense even though the Mediterranean Sea was visible to the West; it was a kind of marker.

By word of mouth it wasn’t long before the odd lorry turned up uninvited and deposited a load of stones. Then a pair of masons dallied for a few weeks to lend a hand. Soon there were volunteers appearing in such numbers that the tower rose steadily. Anonymous donors paid for deliveries of imported lime.

Three years later the platform at the top was reached via the double spiral stair winding around the central well above the cooling pool of water at the bottom. People came from the East and from the West to climb the two separate stairs emerging together with a new perspective across the landscape. 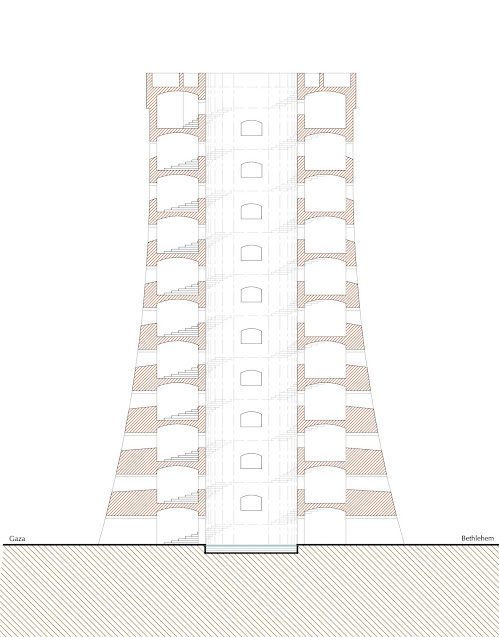